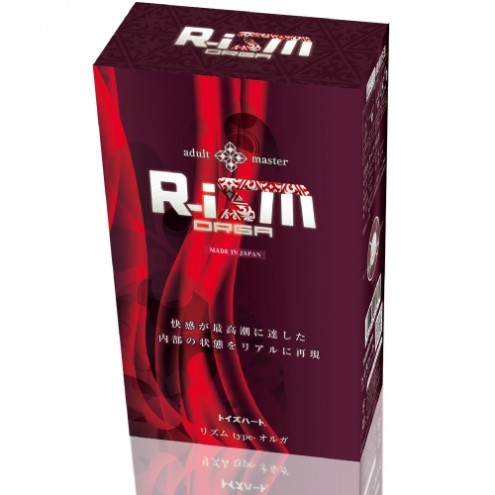 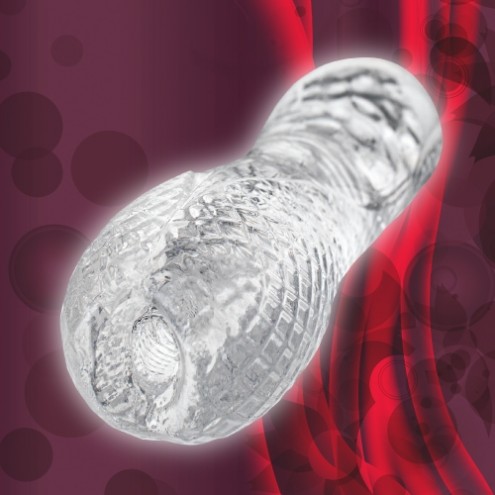 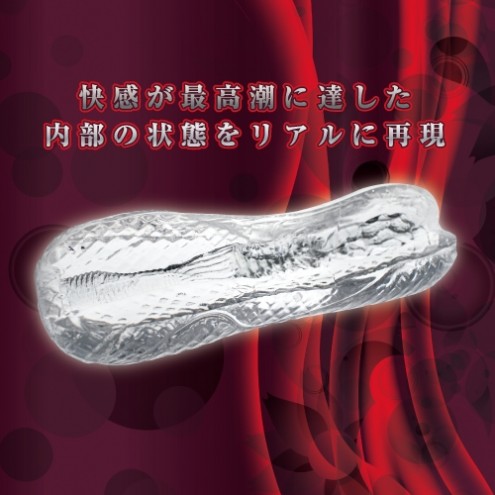 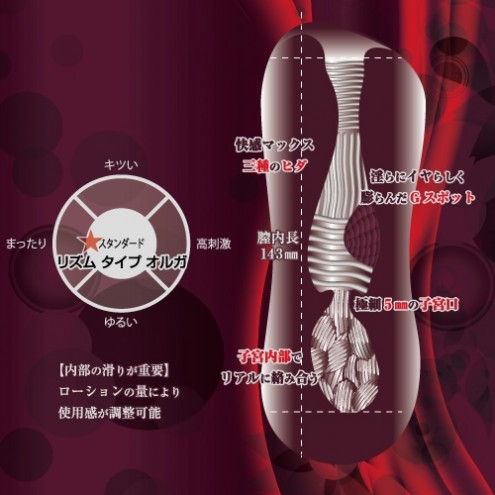 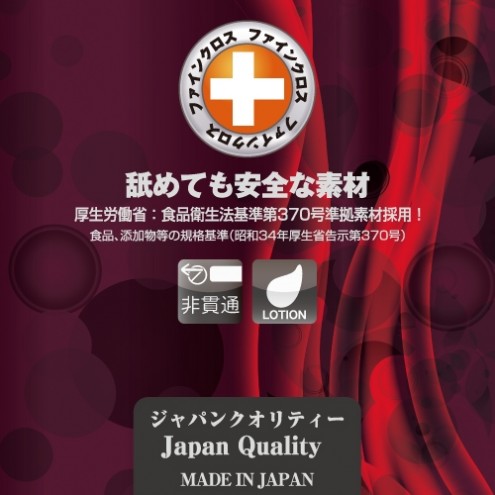 The R-iSM Type Orgasm Onahole by Toys Heart is a futuristic-looking hand-held male masturbator. Featuring a bending 3D inner tunnel that consists of a series of ridges that alternate in various directions, the R-iSM Type Orgasm toy will smoothly massage your member into a climactic finish. The single-layer, closed-hole design ensures that this Onahole is durable and the end chamber within will help create a vacuum effect which adds to its overall pleasure-giving efficiency. A pack of complimentary lubricant is included.

Please, log in or register to write a Review.
by Levant January 22, 2020
Puts on a good show

Other people may have less interest but I've always had a thing for being able to see the action, and this one came up as a relatively cheap hole that lets you do just that. See-through onas seem to be pretty rare in general, with the most notable exception being the super-popular caution!tight hole from toy's heart, and I actually ended up getting one of those too, but...

I'm a bit above average in size, which can make shopping for onas difficult; I thought I'd try the caution!tight in spite of that due to popularity and found it hard to penetrate, uncomfortable to be in, and then the end broke through after a handful of uses. None of those problems with the R-iSM. 17cm is plenty long to easily hilt and then I can stretch onto myself further just for fun if I feel like it since the material is so thick all around so you don't have to worry about tearing it. It's actually amazing how soft it is considering its durability and how stimulating it is (you can even kinda customize how stimulating you want it by squeezing out different amounts of air before penetrating. Getting everything out makes it more intense, leaving a bit of an air pocket in the end makes it go a bit easier on you)

If I had to put some downsides, I think I'd say that some of the less-endowed guys out there aren't gonna be able to get the full experience since a lot of the fun comes from hitting that pocket at the end that you might not be able to reach if you're on the smaller side of sizes. Beyond that? Easily my favorite hole. Would recommend to pretty much anybody, first time or veteran