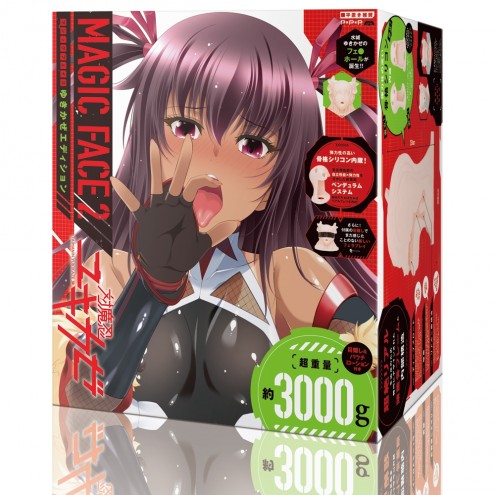 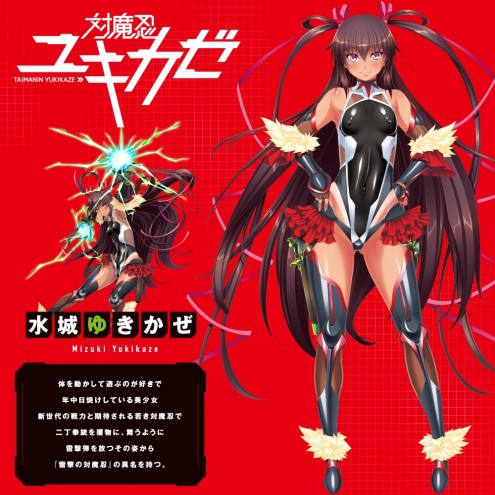 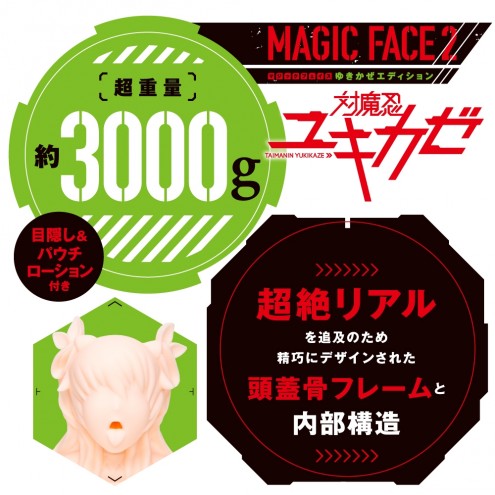 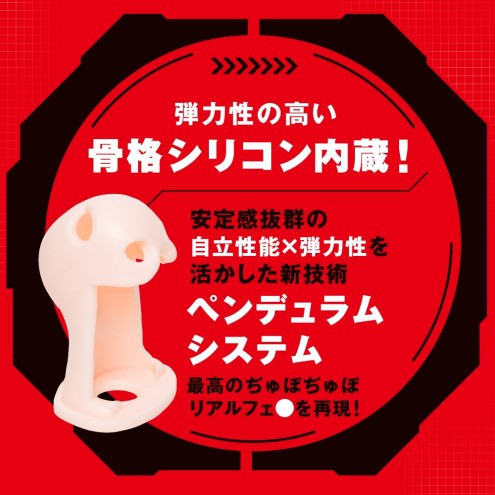 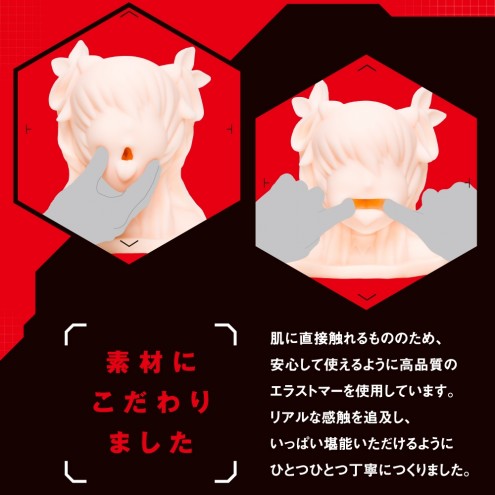 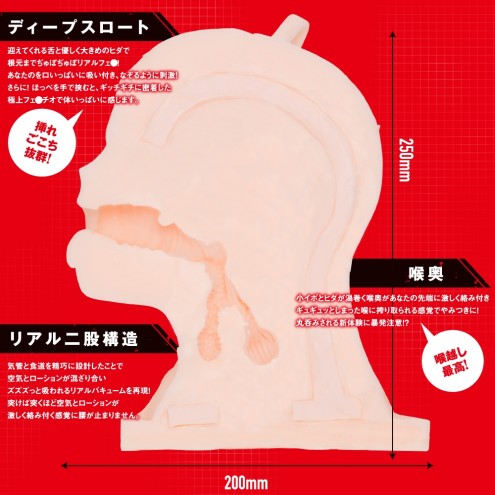 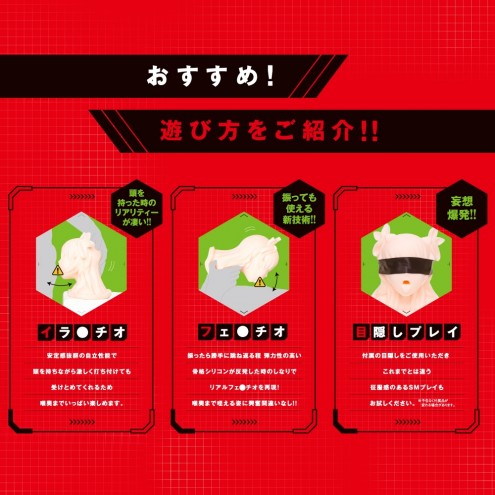 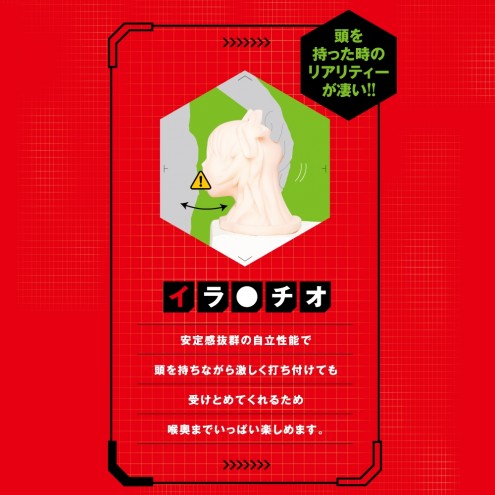 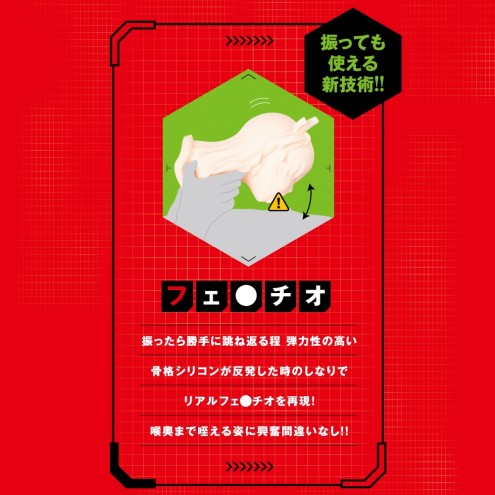 The Magic Face 2 from PPP features

Please, log in or register to write a Review.
by Sierra January 6, 2020
Not bad but not my thing

Bought it because I was curious, it is pretty heavy, but sensation wise it's pretty average, but isn't very convenient to use, so I rarely bother to use it. It is pretty interesting to try if you have the money, but wouldn't recommend this as you main go to.

As a taimanin fan, I can say that this is a must have for your collection. The size is awesome and it's a real pleasure to use. It's really easy to clean and the ribbons are quite fun to play with.
However, do note that this can't stand upright on it's own and needs to be supported. I also couldn't really find the right angle to get down into both tunnels during use.

Yup. If you are hesitating/considering, just buy it. Very well worth it. Beats all other purchases I made, other blowing toys don't match its level. Below reviews pretty much covers all and describes it pretty well. Didn't think box would be this big though, surprise!

feels good and its a big toy. love going deep throat with the blind fold on the toy :))

Not gonna lie, when I saw the overwhelmingly positive reviews for this i had to your it.

First off, when I got this I was pleasantly surprised with the size and look of it. It got me so excited I just had to use it immediately. It's nice and soft on the outside and incredible on the inside. Thanks to the hard like skull design you can be quite rough with it which was perfect.

The best position to use this, in my opinion, is the 69 position with you on top. Allows for a great feeling when you get deep in the throat of it. As soon as I changed to this position, it was like a whole new level of pleasure. The other positions are good but when you're about to blow I highly recommend switching to the 69.

All in all the quality is great, the price is also pretty good once you've experienced the onahole which makes it's value great. Good job PPP for a great onahole.

Firstly, thanks to previous review by Lolly-gager, I bought this and its a true work of art.

Just received today and already played with it once, then played with another toy, and then went back to Magic Face 2 (after I had already cleaned and dried it...I know it was a busy today ;)). I am entranced by this epic toy.

The previous review has already covered it, but I am very pleased I have this. Thankfully I have a nice place to store my 15 different onaholes, but this one now takes center place.

Very nice feeling from the throat and both back areas, holding it on my stomach and letting the toy dip down 69 style was awesome. Even putting it face up off the side of something to throat her felt awesome. Definitely will be using her for a looooooooong time to come.

And the hair ribbons are fun to play with too. They've very soft, like large ear lobes.
Cheers otonajp. You've done it again!

I'm skeptical to buy medium or large sized onaholes for many reasons. Usually the price is a bit more than they are worth and I feel a bit ripped off whenever I buy one. There's also the fact that they are huge, hard to hide, and aren't suitable for sneaky sessions. However, this one is still worth every dollar/yen you spend on it. I was expecting a relatively large hole with a weakened sensation. Usually the larger onaholes even with a skeleton lose a bit of the tightness you get from some of the smaller ones. This one can be intense and maintains a tightness you'd find in a handheld onahole. Laying it on a flat surface, the head of my yukikaze kind of falls forward and doesn't really stay upright if you leave it by itself, but that won't really be a problem since you'll be vigorously supporting her with your member. Also she's not so heavy that you'd get tired easily, but heavy enough to enhance the experience a bit.

On to the cleaning. For a medium/large onahole the cleaning for Yukikaze is really easy. One of the main reasons I dislike buying larger onaholes is cleaning them is a pain. Yukikaze is an angel in this aspect. The entirety of the tunnel is decently long but in a way that allows you to reach in and clean it really easily. It goes forward and then drops down somewhat like a real throat ending in two reservoirs and this allows easy access for your fingers to apply soap and any drying equipment to easily pat dry excess water without having to fist her open all the way up to the middle of your forearm (looking at you SPDX). I honestly bought this not expecting much but this turned out to be one of the most satisfying onahole purchases I have made. I have over 20 by the way so I have experienced a bit of disappointment.
Verdict: 5 headpats out of 5