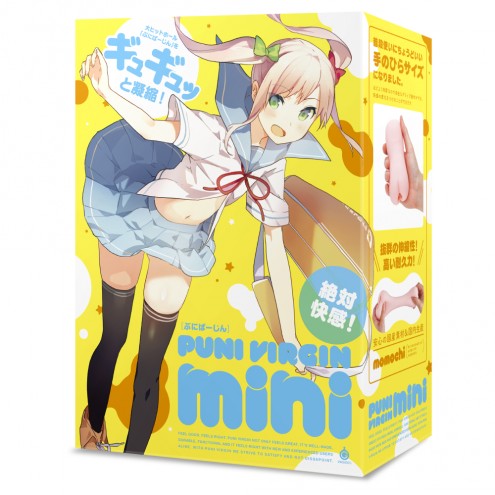 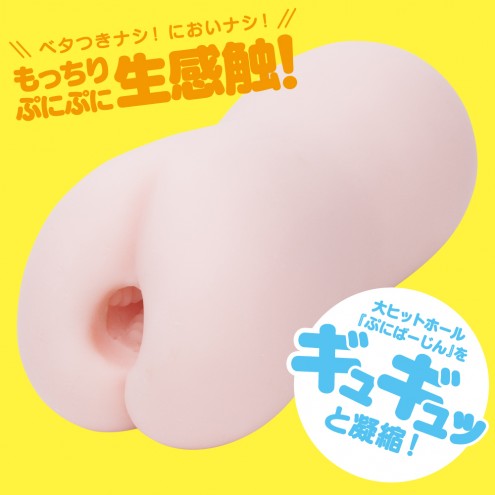 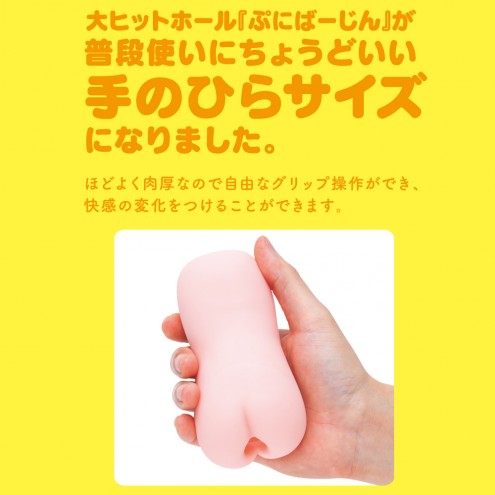 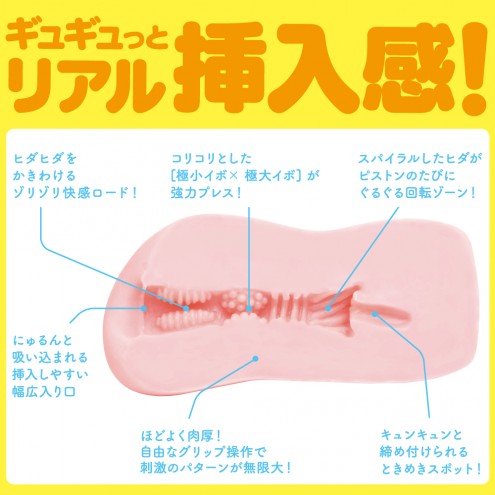 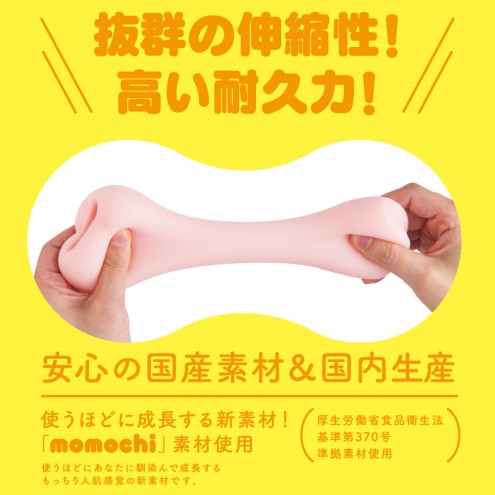 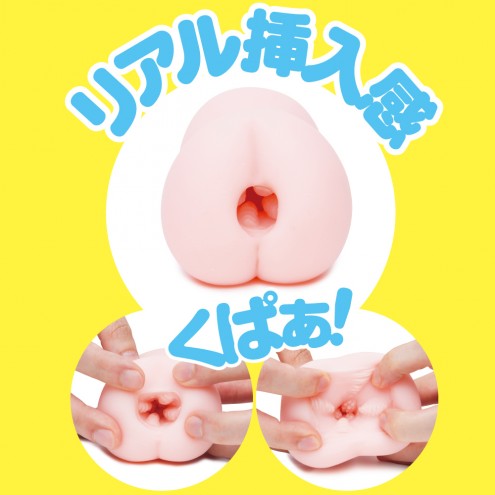 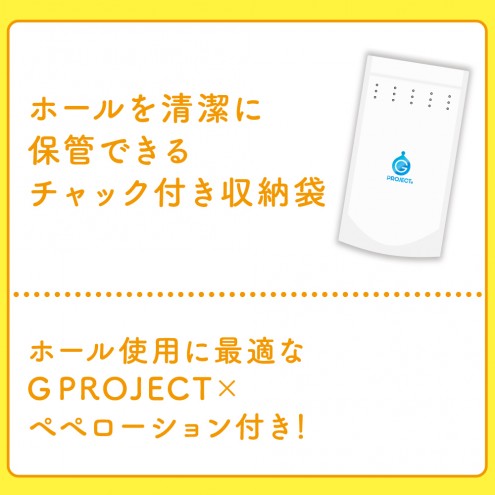 Please, log in or register to write a Review.
by Kappa123 December 20, 2018
Overrated Onahole and Better Options that are slightly more expensive

Pros:
------
+ Super easy to clean since it's small
+ A snug tightness that allows for longer sessions
+ Material is not sticky
+ Under 2000 yen, which is great for first-timers

Cons:
------
- Too short (It is so small). Don't get who is supposed to enjoy such a short onahole (other than people with short dick lengths), especially for almost 2000 yen.
- It's not as tight as I thought it would be.

Summary (Would not Recommend, recommend only for people with shorter dick lengths):
----------
For veterans, this is not worth paying for since I can just pay 200-300 yen more for Ubu Virgin, which is a similar design, but it suits longer dicks and is way tighter and better feeling. However, for newbies, this is not a bad choice. For me, it was somewhat of a disappointment - I expected something tight like Ubu Virgin, but it wasn't as tight as I expected, and furthermore, it was so small. In my opinion, I would even recommend newbies to pay 200-300 yen more just for Ubu Virgin since it is of a similar design, but it is slightly longer, tighter and gives a much better feeling. The only good thing that trumps Ubu Virgin is that it's not sticky on the outside, but at the end of the day, the feeling is what matters the most, so there are better alternatives than Puni Virgin Mini.

This hole feels so good, paired with a thicker lotion it is very enjoyable to take a while to enjoy. It makes a sucking/kissing sound on exit which is great.
It is small, yes, but it is great for below average individuals.
It comes with a small packet of lube and a drying/storage bag. The hole is also very easy to clean and dry. The price is reasonable.
Totally recommend.

The Ona comes with a little pack of lube (5ml) and a nice looking bag, made out of plastic, (but it has little holes, so your Ona can dry) to store it.

It has a very good stimulation, but it is a little small for bigger members. It's also easy to clean.

by rams December 19, 2017
the ultimate hole for small guys

absolutely my favorite hole so far.

this hole made me feel a lot bigger because of how tight it was.

as soon as you enter, you feel engulfed by a welcoming warmth. it really does make you feel like you melt inside it

further in, the cervix's suction is fantastic. you could hear it make a wonderful kissing noise when you come in and out of it. that combined with the melty pleasure from before is enough to send anyone into bliss.

by Jalen November 27, 2016
Pleasing But on the Smaller Side

I agree with the other reviewers. The Puni Virgin Mini does feel good because it's on the tighter side in terms of feeling, and the creation of a vacuum adds to that. Stimulation is also nice, especially because of the bumps in the first half. However, this onahole is smaller than I expected. (Fortunately, you also have the Puni Virgin as a choice.)

A little of your lube and fluid may overflow out of it when you finish if it's too small for you. Have a towel nearby just in case at least when you first use it.

Regardless of leakage, it takes just minutes to clean. It can get a little sticky after a few uses, so consider using some baby powder, cornstarch, or the like after washes.

-In use: Feels good at times (more on this in the negatives), I particularly enjoyed the areas near the entrance.

-Negatives: As another reviewer mentioned, "if you are big this maybe small for you." Well I guess I'm bigger than I thought, If you have a somewhat larger package girth wise especially, 1. You'll definitely need some lube, 2. It gets really "snug" in there to the point where it might be hard to properly finish...

Still a good product, just be aware that it may not be for everyone.

Stimulation:This onahole is amazing, the bumps and the cervix give great stimulation but if you are big this maybe small for you.

Cleaning: It easy to clean