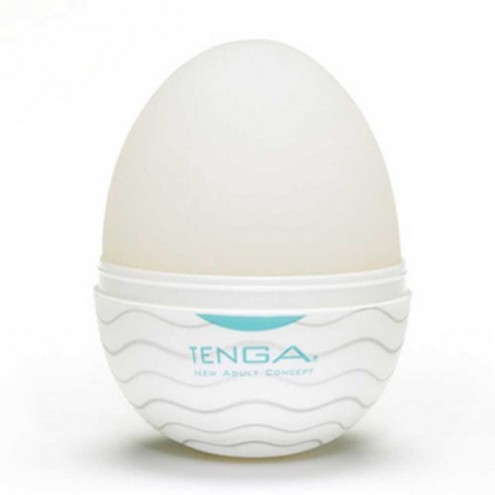 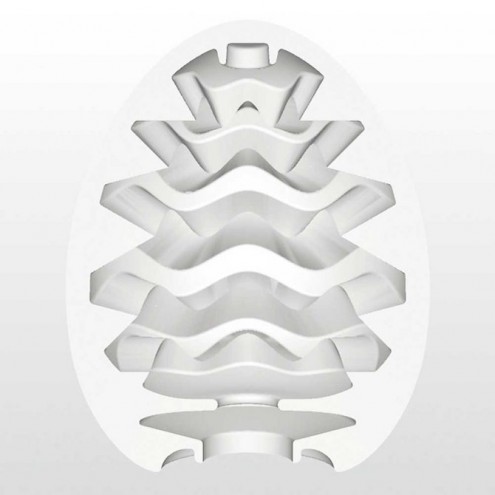 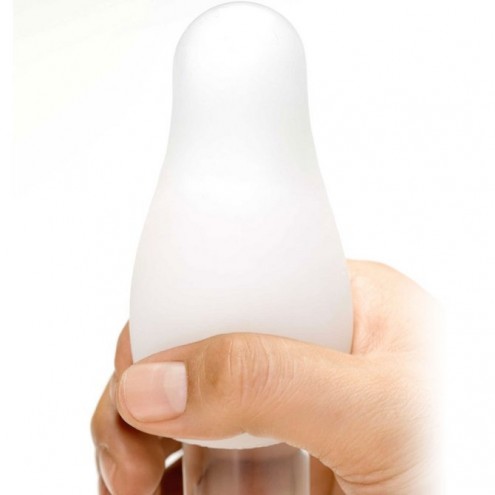 The easy Ona Cup Tenga Egg. Just open the Egg and enjoy your quick and easy fun where ever you are. Made by Tenga, the company behind countless innovative products. An original from Japan.

Please, log in or register to write a Review.
by Turbs August 30, 2018
Much like the Silky Egg, but a bit stronger

Of the Tenga eggs I've used, I only used two before: the Silky egg and the new Silky II egg. I would also like to point out that, instead of a Wavy egg, I received the new Wavy II egg. (I am not complaining. I merely wish to inform other potential buyers about what they may end up getting.)
Compared to both the Silky and the Silky II, the major difference with the Wavy is that, instead of a lot of small ridges on the inside, you get a few large ridges. I find these larger ridges to provide a much stronger sensation than either the Silky or Silky II.
My only problem with the Wavy II is a problem all the Tenga Eggs have. They do not last very long. That makes sense, being that Tenga intended on making the Egg series disposable. However, for those wishing to reuse these things, it is possible. but do not expect it to last very long.
I do not consider the Wavy II to be better or worse than either the Silky or Silky II. However, if you're looking for a stronger sensation than either, then the Wavy is a fine choice.

by yuko January 5, 2018
Good, but overshadowed by the shiny

Like all tenga eggs, it is very affordable and built well for some uses. But not to last more then 10 or 15 uses depending on how hard you go.

However, it does not feel as good as the shiny egg, while the wavy texture is very good, it is too similar throughout. In comparison the shiny egg is very unique with the abstract nubs within the structure that add a lot more variety.

A good egg to start with, but i would recommend the shiny egg.

This feels amazing and it's only showing signs of deterioration after a few dozen uses (so I've got some more uses to go!). It's very easy to use, clean & dry. Astounding value for money and it's probably one of the best products to get if you're new to masturbator toys.

Only con is that it's a bit on the small side (for me as a westerner). It won't envelop you unless you really stretch it out but that's being rough; probably why some people only get a couple of uses out of it. There's lube included which is increases the value for money. Very portable and discrete, naturally. Can't go wrong with this, honestly.

After trying all of the Tenga Eggs, the Wavy one was by far the most stimulating. If you're careful enough like I was, you can easily get ~30-40 uses out of it before it's too worn out - great value for the use:cost ratio.

Feels very strong and thick. It's one of the best of tenga egg's

This egg, Wavy, has the strongest feeling of the three I've tried. However, it's also the thinnest I've tried, so even if you wash it well, it probably won't last more than two uses. However, for the price, that's not bad.