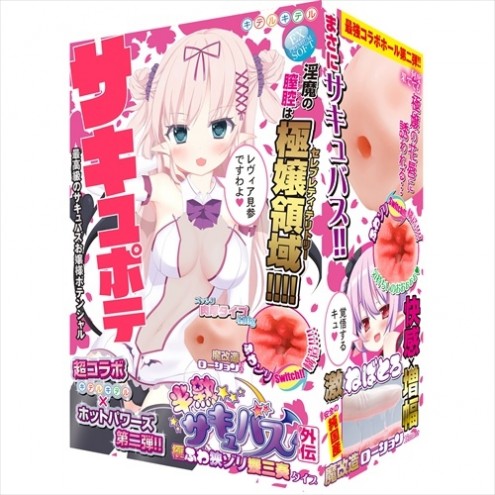 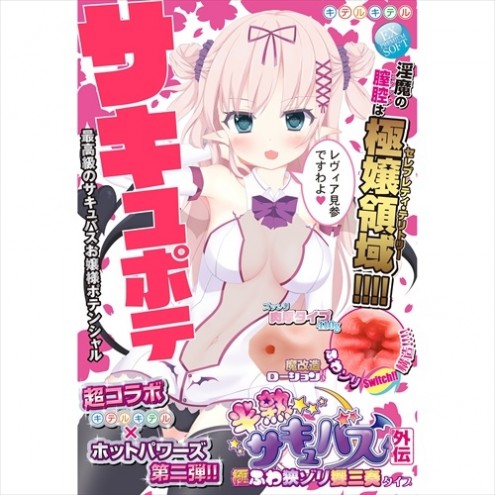 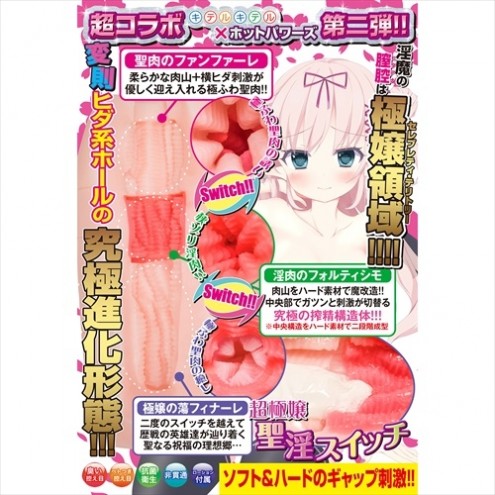 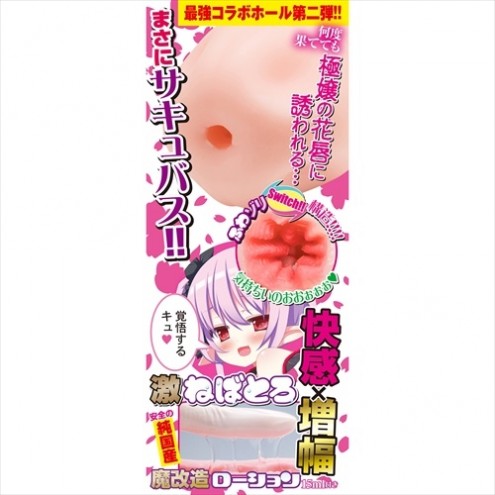 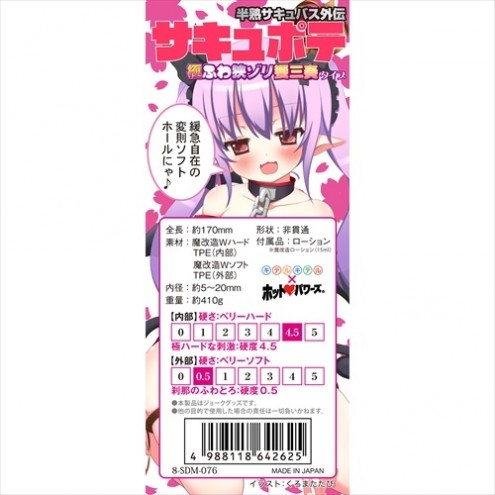 This sexy immature succubus will definitely last longer than you. She just can't get enough and she's constantly horny. Enjoy her tight pussy with the Hanjuku Succubus Potential Succupote Onahole, a collaboration toy between Hot Powers by Kiteru Kiteru. This stimulating handheld male masturbator is soft and supple on the outside and features three different chambers within made from a soft yet firm material that results in pleasing sensations as it slides up and down your shaft. The textured walls of this kinky succubus' inner pussy will induce powerful orgasmic finishes - just the way she likes it. Both toymakers have put in their vast knowledge and expertise into making this premium onahole so you can be sure that it is easy to maintain and durable as well as superbly pleasurable.

Please, log in or register to write a Review.
by wolf fighter August 8, 2020
Succubus pussy

finally got a succubus pussy from kiteru kiteru . well it isnt their main line poster succubus. but i get the vibe thats a friend of her she introduced to have some fun with . well anyways lets start with the box which is already itself kinda awesome , since you can take that sheet foil arround the box off, which removes the dress from the succubus and has her fully nude then on the box art. the onahole comes with a heavyer weight than your average normal pussy onahole, since theres lots of skin and flesh material on it while beeing really soft tho. its also one of the larger ones i think its 17 cm on the outside and the insides are about 16 cm but not quiet sure, at least the box says outside is 17 cm. well since its a soft onahole and it is really soft ,it's for slower , longer use and not for a quick fast stroking run . so thats one to take some time for but for that its really great, while the sample lube that came with it was in my opinion crappy.( but eh should have anyways a lube you take then the sample ones are empthy since they anyways only last for 2-3 runs at max .) now to get to the main menu or more like the one who has you as their main meal: the succubus pussy is really tight and soft, wraps closely arround the shaft and keeps you snuggly tight in an embrace with a sucking you in feeling kinda as well. as mentioned before its for a slower longer run not for quickly fast stroking and cuming in like 1-2 minutes already. thats one there you kinda need to take your time since quickly stroking doesnt really work that much with soft onahole. tho it does have these 3 different parts insides there it first starts soft with a nice going upward going wave structure . then it got a harder structur material in about the middle which is smaller in size than the other 2 soft parts but you clearly feel that, after that it gets back into a soft, slighty different shaped part than the first one, again. these 3 different switching textures / material hardnesses do give a great feeling tho, its really nice . its as well really elastic and you can squeeze it in really simple and push fully down without noticing even really if the begin is pressed a bit back in if you dont have like 16 cm in size (come on the least ppl got that big size of a dick , but these onaholes still work with that if you dont got that size, if they are like 16 cm from the inside ) so its easy to squeze and hold in a firm tight grip, got alot of material arround the insides, which you really feel that its more meaty than your average onahole, which is good . you can strech, pull, squeeze or kinda morph/ transform in any other way. despite it not giving that strong, well intense, stimmulation to get you instantly off asap, it's somehow really fun playing with that succubus and does feel great . well you probably can try using the hard/normal firmness material in there for a fast stroking , but ehh its more meant for a longer slower run. in the end tho, then you come, you probably do as the describtion on the site says, with a strong and hard orgasm cumming, finishing the way she likes it. or maybe not that hard, but at least its satisfieng xD. so fun time with your immature succubus for a longer slower nice run is noice :3 but tbh not the succubus pussy i expected and its one of the higher price classed average sized onaholes . still was kinda good tho. 7.5/10

The Hanjuku Succubus Potential Succupote hole is my first onahole, and what an onahole to start with!

First thing's first, this hole looks unappealing. It doesn't have any design or shapes that draws in attention. Its literally a newspaper role. The box however is so sexy, and very smart. The box is transparent and has a plastic sleeve that'll have the girl's clothes on her. Take the sleeve off, and she's fully exposed.

The sensation this hole provides is absolutely insane. By itself its pretty standard, but because the hole is so soft and flexible, you can make this thing become unrealistically stimulating. Because of the grooves, crevices, and freedom to twist, morph, and squeeze the hole however you want, it took me almost an hour to stop using it.

Cleaning the hole is so easy! It can be turned inside out without causing any damage what-so-ever, and you're able to freely clean it out wherever it needs to be cleaned. Now because the hole is very soft and flexible, it may feel very flimsy and easy to break. But don't let that concern you. As long as you're not intentionally trying to rip this thing in half, this hole will last accordingly.

Overall, I can't stop using this hole. It really feels like a cock-hungry succubus is sucking you dry, if not drinking your member dry. Its worth it 100%. I'd love to see more products like this.

Uzumaki Meiki - Shin Kankaku 3D Cyclone
$26.22 Save $10.17
Exciting Pocket Pussy with a 3D Structure on the inside
Add to Cart
Close
BACK TO TOP