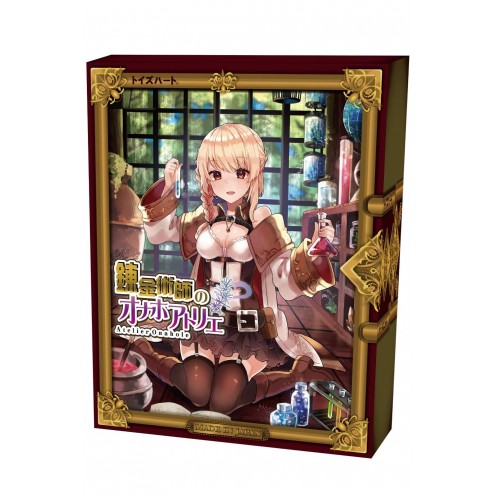 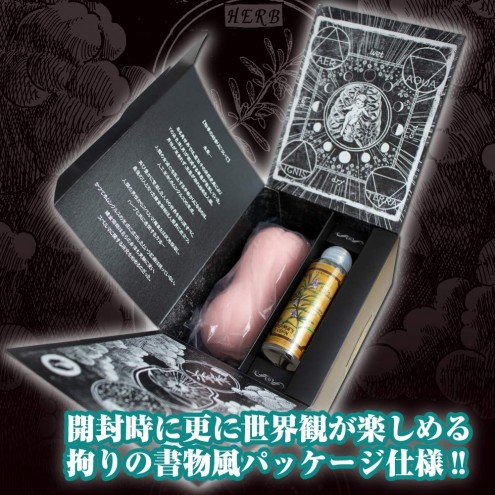 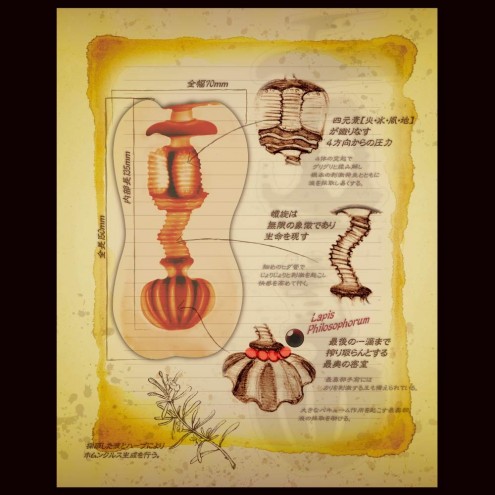 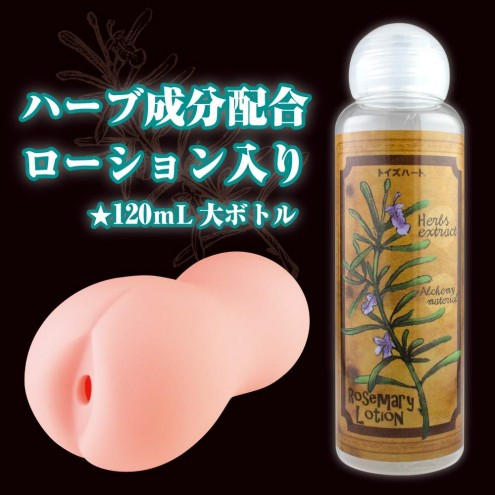 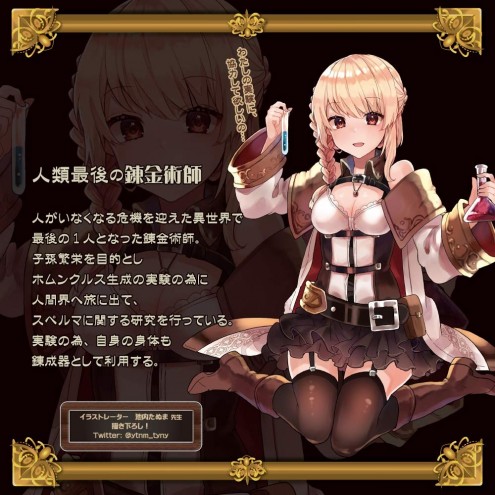 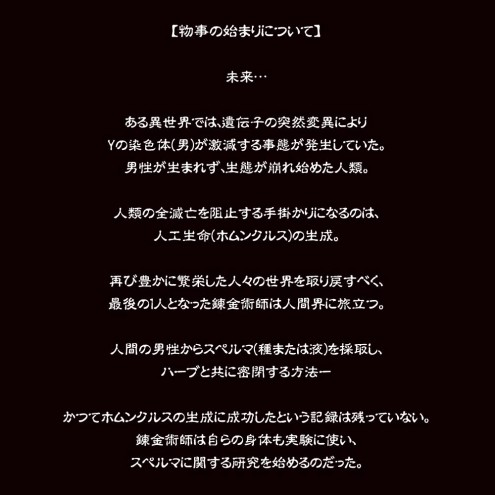 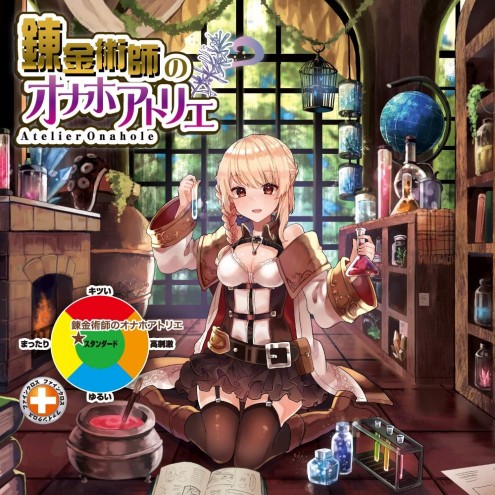 The Alchemist's Atelier is a parody Onahole made by Toys Heart, based on the Japanese RPG alchemy video game series, Atelier. This male masturbator is a single-layer, hand-held type with a 3D tunnel consisting of a series of alternating ridges, bulges, pockets and balls. The end of the tunnel also features a large ridged chamber that creates a pleasurable suction effect. The combination of these features along with her curved tunnel contributes to a magically stimulating sensation along the entire shaft of your penis. Running with the alchemy theme, the box features beautiful artwork of a cute young alchemist woman mixing enchanting potions. Open the box up and you'll also find magical alchemist designs and a short narrative in Japanese. This wonderous male masturbator is also supplemented by 120ml of high-grade "Rosemary Lotion" (lubricant) made from "herb extracts" and "alchemy materials" that can be combined with the Onahole toy to make the magic happen. Add the Alchemist's Atelier to your toy repertoire and transform a simple hard-on into a magically climactic finish!

Please, log in or register to write a Review.
by wolf fighter June 2, 2020
one of the best onaholes if had .

well so far that is the best onahole i've tried out (tho only had about 7 yet ) it really sucks you in strongly and nicely while wrapping tightly arround your dick with the nice texture/ design and shape it got. the end chamber is kinad squeezable so the air gets out and then it really sucks you in. the lube that comes with it really smeels nicely after rosmarine (even tho i would prefer without any smell the lube , but since its good no real complains) also got a really nice consistens and is a 120ml bottle while most other onaholes come only with a small sample pack wich lasts 2-3 times at max . so i would rate it 9/10 its really good.

GO IN till the bottom (Knocking up Press)