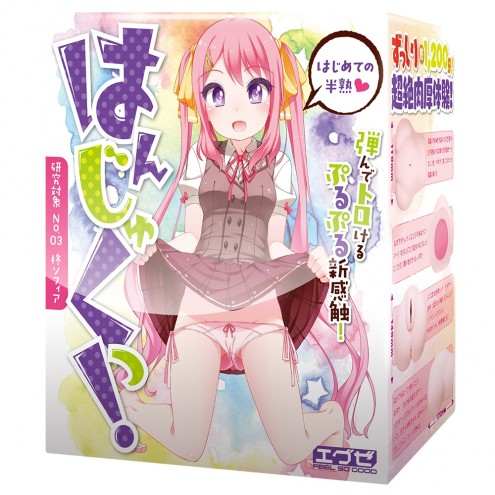 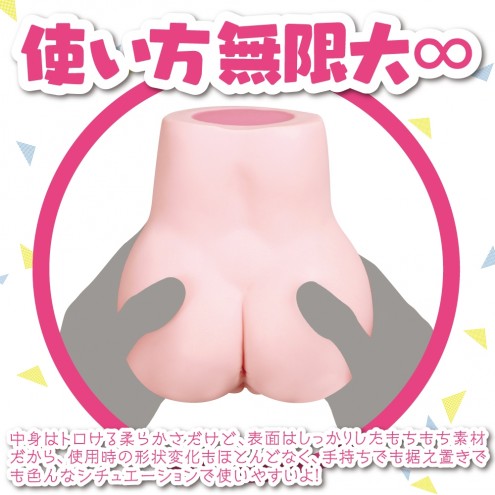 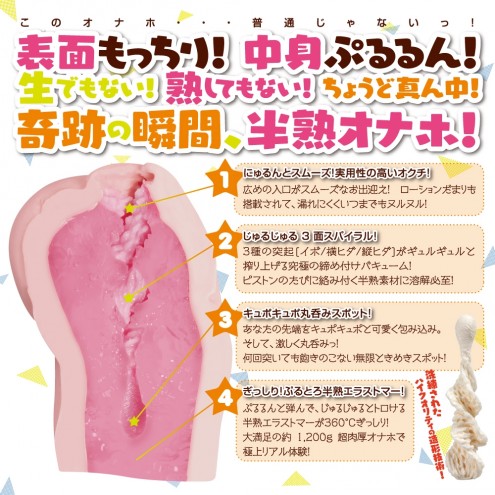 The Hanjuku (Half Mature) Onahole by EXE Japan replicates the feel of a young girl's soft body and pleasurable tight pussy. The unique elastomer material filling of this male masturbator gives it a soft and bouncy feel whilst also being firm and durable making it perfect for squeezing, gripping and groping. This little lolita has an adorable flat tummy, wide round hips, and an invitingly plump camel-toe surrounding her vaginal passage. The pleasure that her tight and deep pussy provides is almost addictive with its spiralling design consisting of soft flap protrusions and a large end chamber for building up the vacuum effect. This lovely lolita can be taken either vaginally or anally where your member will encounter a tighter and more anal-like stimulation. The shape of Hanjuku's cute torso also allows her to be taken easily from multiple angles and positions.

5 Customer Reviews for HANJUKU ! (Half Mature)

Please, log in or register to write a Review.
by ninin September 10, 2018
overpriced for what it is.

This onahole is quite pricy, getting into the full hip price range.
While it feels great and the weight of it is enough so you can sit it on your desk while you pound away it is not enough to justify how small it is and the fact that it only has one entrance. for this price you start getting into bigger onaholes, which this one is unfortunately not.

First problem i got with it is how weak it is, i never found an onahole breaking that fast, like if you go rough with it it's dead in one go.
The entrance is way to big considering the kind of inside, which is weak in term of stimulation and it's tiny (which is a pretty sad thing to say for a "large" onahole).
The price is the price of a large onahole but i can't help but just regret buying it (and i got in in promotion).
If you're looking for something between large and normal onahole i would rather recomend the last taimanin product which feel better, hold better and is cheaper.

by Goshujin-sama October 14, 2017
Got some upsides and some downsides.

The first one I ordered was severely damaged due to some kind of manufacturing freak accident or something, but Onatanjp have graciously offered to ship me a replacement! <3

++ Solid construction. The design with the inner layer not being as much of a layer but an actual chunk or block is something I've only seen in one other onahole to date: "Virgin Age Graduation" and in that case it lends itself to a very, very sturdy onahole. Whereas onaholes where the inner layer truly is but a layer often tends to crack and/or peel away, my "Graduation" remain as intact as the day I got it. So I have high hopes for the longevity of this one.

+ Lovely design. Obviously mine is not like the pictures on the box, but the vulva and buttocks are mostly undamaged and it is just amazing to just hold and squeeze...! Especially when you factor in the weight.

- Very petite opening. This is probably the most common issue I have with onaholes in general: the outer slit is really tiny and short. While the inner layer is very solid, I was very concerned about this and true enough - despite being extra careful and gentle, she tore both in the upper and lower end of the slit after the first use... Nothing that affects the function of the hole, but it is a bit of a bummer since the hole is just too cute and it is sad to see her "broken". Oh well.

Another thing to mention is the kind of onahole this is: it is a soft-type onahole. The inner "block" is almost spongey in texture. This means that it isn't for everyone as it isn't as much brutalizing your dick like a tight, hard onahole but rather it is about taking it slowly and "feeling around" every delightful inch.

The sensation and tightness is in the middle. Not tight, but not loose. It's a great onahole for average play.

Despite the high price of this pocket pussy, this product felt super good on my penis and felt like the tight pussy of a little virgin girl.

My younger sister can't be this tight