We work for you! COVID-19 Info 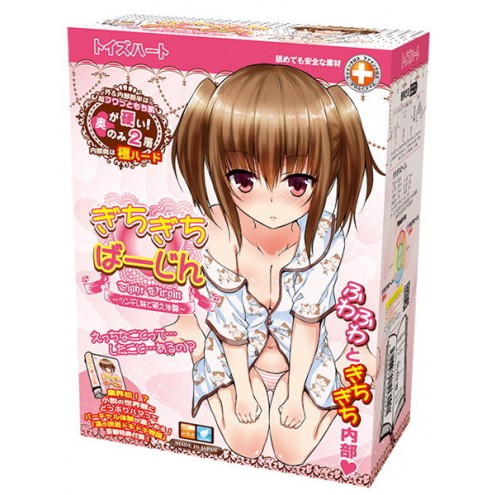 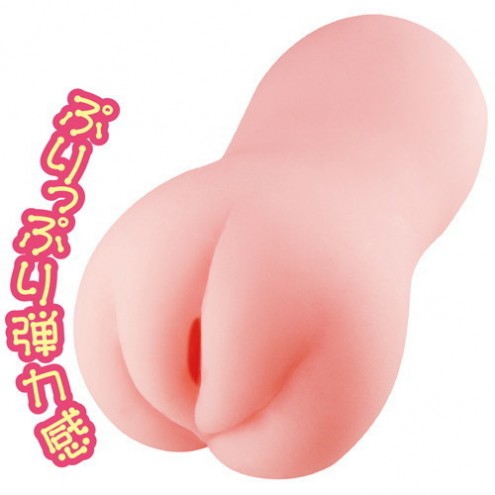 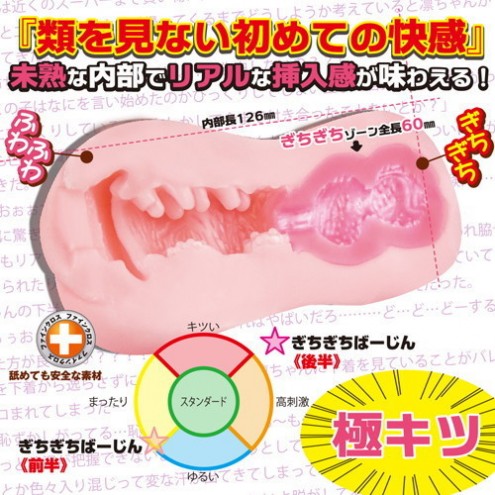 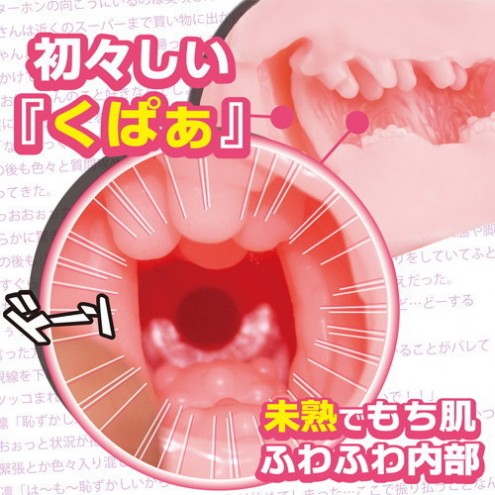 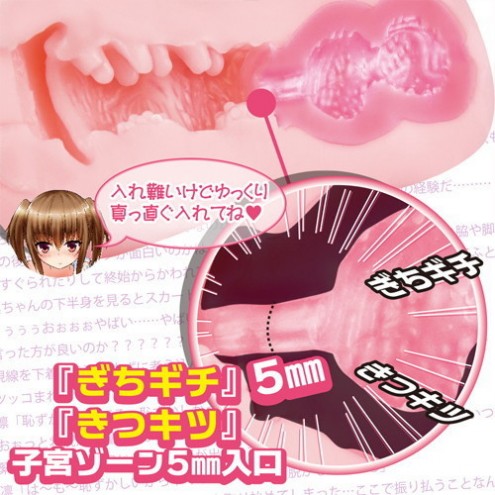 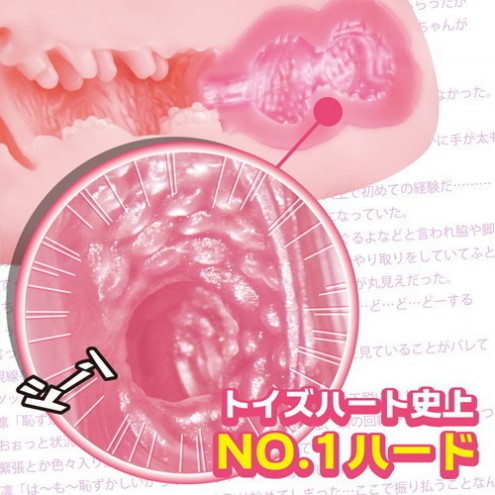 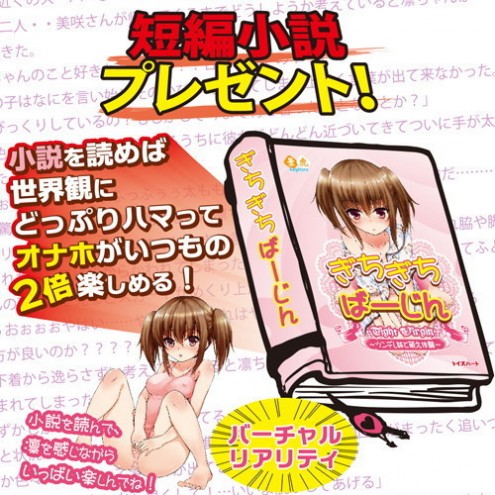 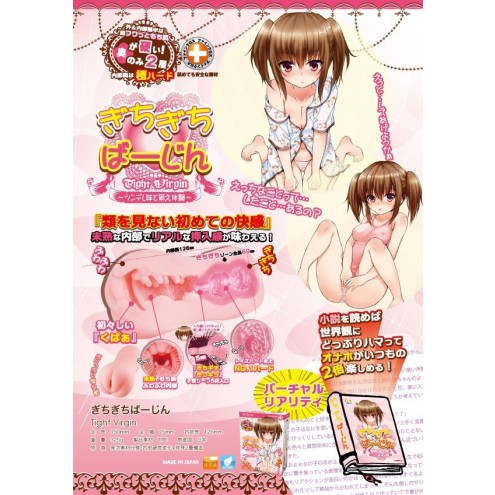 Comes with a small pack of lotion.

Please, log in or register to write a Review.
by W July 21, 2019
Toys Heart should make the 5mm entrance bigger for durability.

After 1st use, the 5mm hole broke (I am 99% sure that this happens to everyone). But it still feels amazing in the 2nd chamber and still very tight. If Toy Hearts redesigns it, then I might recommend this Onahole.

I picked this up at first just for the novelty of it but it has quickly become one of my favorite onaholes. While the first chamber is very soft with poor stimulation the second part more then makes up for it. I love the tightness and sensations of the second chamber and while i have read of others tearing the ring or other damage mine remains intact and still tight. Overall I find it well made and right up my alley as a fan of cervix penetration.

If you want a very tight onahole buy it but with my size (18cm) I don't have a great sensation with it.

This hole was really good on it's first use.

Yet after the first use, expect the internals to open up and not be so tight anymore. The hole is still usable after that, but you'll never be able to feel the same tight sensations you've felt when you first used the hole.

All-in-all, it's a good hole, but be really careful with it if you wanna use it more then once after the first penetration.

by Trevan March 4, 2017
Nice hole, though I might have broken it during use

I think I might've broken this one. But first, the story.

I read some pretty good reviews about this hole. SO I figured "Why not?" and bought this hole. What I often do when I get a new onahole, is that I stick an index finger inside to check how tight everything is. That was mistake number one. It kinda destroyed the entrance, which I noticed when it opened up a bit more. Oh well.

Before diving head first in there, you know which head, I lubed her up a bit. Her? Yes. Her. I mean, I wasn't about to shove my rock hard cock inside a hole designed after a man, now was I? I get in there and get pushed out again. There's a fight in her. Nice. And then I notice the white stuff on my cock. I hadn't finished yet, but I am freaking out. Turns out that's the lube coming with the hole. Never used the lube after that. I just generally stick with a bottle of lube I bought at a local drug store. I clean the hole a bit and add some of that Durex lube in there (Durex Play massage 2 in 1) and start again. Like the man I am, I keep going, even if pushed back and eventually finish inside. Man, that was tight. Turns out that it's rather hard to clean.

After that, I used it once more before realizing that the first ring leading to the hard part was broken in two different places. If this was an actual ring, it was now a ring perfectly cut in half. Did I break that ring when cleaning? Or did it simply happen when I shoved my manhood in there?

Great hole, just be careful when cleaning or when using it. It's a good quality hole, but excessive use might actually break it.

This onahole was my first, and i'd have to say it feels really tight when you first use it. After continuous use the womb is not as tight and it is very hard to aim your head in there because of how loose the walls of the hole is. Overall it is better than using your hand but I think there are better products out there.

Good concept but poorly executed. The entrance is made of a material too soft and the cervix chamber made of a really hard material. There is a insanely powerful vacuum effect but the stimulation is really bad, and moreover unless you flood this hole with lube, the cervix chamber tends to grind against your frenulum and well... it's painful and probably the only onahole I've ever used that is. Puni Ana 3D has a similar concept but it has its own flaws AFAIK.

The concept is okay but the execution was somewhat poor... the entrance and first half is made of a material so soft that you can't feel it at all and you have to guide your strokes so that you actually hit the entrance of the vacuum chamber. Plus side is that the material is so soft it forms a perfect seal such that you will always get a powerful suction effect. Unfortunately, once you hit the cervix chamber you need quite abit of force to enter, and most of the time it will grind against your frenulum unless you've flooded this hole with lube. Yea it hurts and I'm don't have that much girth to begin with... oh yea the material used for the cervix chamber is waaaaaay tooo hard. If you want a hybrid hole the Puni Ana 3D might give you a better experience.

The material itself is nice, but this leads to the problem. The material was misused in certain places. The first chamber is spatious and soft, which leads to one big problem and that is the stimulation is lacking. On the other hand the 2nd chamber is tight and feels very nice, but hitting the spot to go from first to 2nd chamber is a challenge in itself.

My Conclusion: A nice and interesting gimmick but the toy needs a remake since it has so much more potential. Either bring the tightness in the beginning or make the walls of the first chamber a bit sturdier.

This onahole is slighty strange. First you have a wide open chamber, which doesnt really provide much feeling due to the lack of twists and turn. The positive point is when you enter the second chamber the tightness and feeling give a very nice stimulation. A negative point is hitting the sweet spot. The entrance is pretty small which gives the tightness but you probably miss 10 times while rummaging around the first chamber before you hit the 2nd chamber for the first time.

Conclusion: The toy has an interesting gimmick but they have it poorly executed, either they should have put the tight spot at the entrance or make the first chamber more hard since the loose early chamber takes away alot from the pleasure

The first half of the toy is so soft it's barely noticeable unless you go very slow and use minimal lube.

The chamber however, is very very tight upon first use. It will loosen over time, but the tightness does deliver. There's a second, looser chamber inside that you will feel, giving you a double gripping feeling.

The suction is very powerful because it's easy to squeeze the air out of the big chamber. However it goes away once you leave that tight chamber, which isn't very long, because the rest of the toy is loose and soft. Also inside the chamber there isn't much sensation.

You can't really go hands free because you have to direct your cock into a 5mm hole, which leads to a negative...

The entrance of the hard chamber isn't fused well with the soft material, leading to small separations where the hard meets soft. If you're not careful you may possibly miss the entrance and damage the vulnerable material.

It does deliver on tightness, if you like tightness then buy it. It's cheap