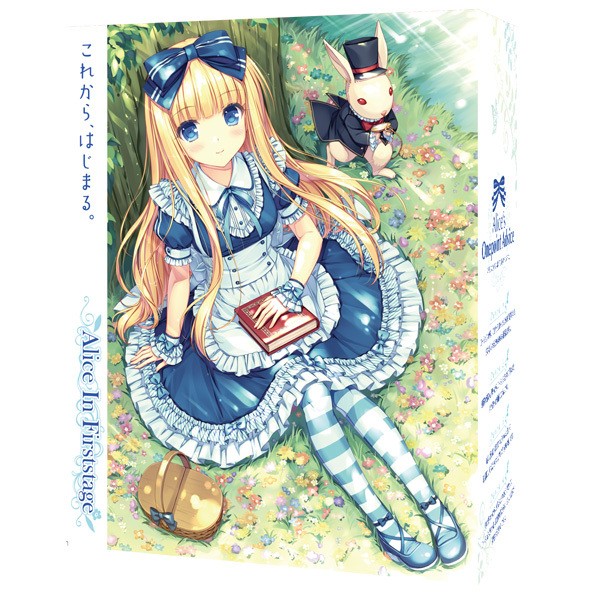 5 Customer Reviews for Alice in the Firststage

Disclaimer : new to onaholes and not a professional writer by any means.

Those aren't my words but this is definitely true : it's built like a tank. I have no fear if it breaking anytime soon. The opening ("lips" I guess) actually ripped off a bit in the first few uses, but it's really of no concern and doesn't affect the sensations at all (as someone who is normally pretty autistic about things I wasn't bothered by this at all, so you can trust me on that one). Using an USB warmer in it regularly also didn't deform anything inside as far as I can tell. Cleaning is super easy and there is no need to turn it upside down, but if need arises, this is very easy to do so and won't wear or break it. The hole inside wasn't carved properly and I remember one of the reviewers out there also having this problem. When you push your dick deep inside you realize it's not centered... but I don't actually think it's a bad thing because I can then turn it around for different sensations (aka emulating doggy style and whatnot).

There is a 145ml bottle of lube that goes with it, and while I do not seem to enjoy it as much as the Onatsuyu lube I have it's still good lube. I think my concern is that it may dry a bit quicker than the Onatsuyu one, but don't take my word for it, as I am still somewhat of a beginner.

Conclusion : I don't regret it and I do think it was worth it as a beginner hole because of the great value it offers. It's only priced at 15€/$19 at the time I'm typing this and you get both a durable hole and lube with it, so for people on a tight budget it could be a good deal. I imagine I wouldn't recommend it to people who are already experienced though... unless they were also curious about the lube.

For the price you not only get an onahole, but a reusable bag and a 145 ml bottle of lube as well.

The material is very durable, and never have I felt like I would break it. It also had no odor even before I washed it.

As for using the toy, I can't comment much on the internals. They are low stimulation which is good for training sensitivity. The circular entrance actually has a sort of ring that makes it easier to create a vacuum.

This is one of the first onaholes I have purchased, and I would recommend it to any beginners. If you're worried about other people seeing the box, they will only see the cute girl on the front and not the explicit images other onaholes come in. There is pictures of the onahole on the back of the box, though.

This is probably one of the best beginner onaholes, mild sensations and nothing too fascinating I suppose but comes with a big bottle of lube and is built like an absolute tank. Not the softest loli hole out there but couldn't ask for more, this hole has a pretty good compromise of quality vs sensation and the lube is a big plus which standalone is half the price of this bundle. And it isn't some cheap lube either, it is one of the best lubes out there that justifies as being a premium lube

This onahole definitely has the value aspect of it you get the onahole that comes in a bag and a decent amount of lube to last you for quite a while. Other bonus is the box art which should look familiar to you if you have heard/played Nekopara since its the same artist :)

When I first opened the bag containing the onahole the odour is very minimal but if you concentrate on the smell it kind of smells like armpit odour however, after washing it for the first time the odour is pretty much gone. In terms of maintenance you won't have to powder it too often which is great.

Overall stimulation with the supplied lube is decent and it feels a bit tighter than my Asagi onahole. I tried again later on in the day with the Onatsuyu lube and it felt just as good.

First opening the plastic bag Alice stage packaged this in, I remember there were no major or notable faults such as oiliness or smell. This was one of my first onaholes and I bought it on the account that
1. Alice theme
2. Alice stage reputation
3. Interior looked lovely

The material of the first stage feels pretty bouncy compared to other onaholes you would encounter. This kind of translates to tighter walls and a nice feel of the interior. I would rate this Medium stimulation if I were to set the seventeen bordeaux soft as Low. Alice stage does introduce this product as a beginner onahole but I feel that they are trying to appeal to you that the level of maintenance is pretty minimal, not the level of stimulation. So I recommend even experienced users to check this out if this catches your attention. Maintenance would refer to washing, drying and powdering. The toy is easy to invert and the sturdy material puts you at ease. Some toys when you invert to clean the insides, you risk of damaging the lips (opening of the onahole) as in ripping. Usually when it rips its not huge but still... yeah.
As for powdering, you need not do it often as the material does not get oily or chaffs easily. Chaffing would mean how the outer material rubs off like dead skin because you were masturbating like crazy. If you aren't rough like me, don't worry about this.

So great quality, nothing really groundbreaking in terms of value and price but is still great nonetheless. Happy shopping