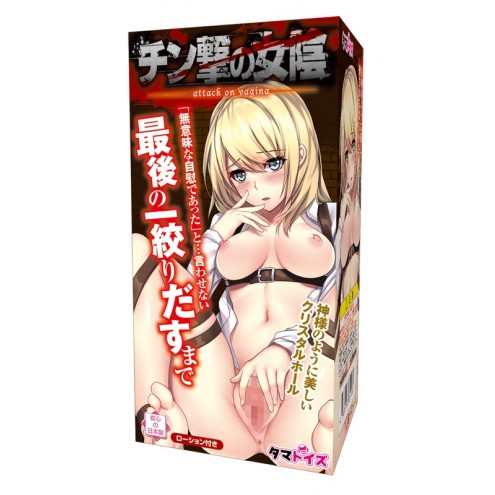 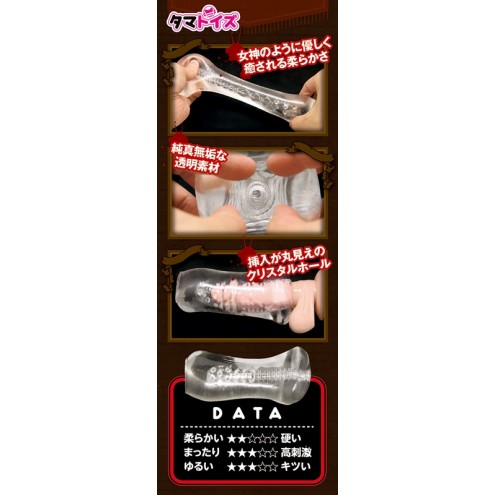 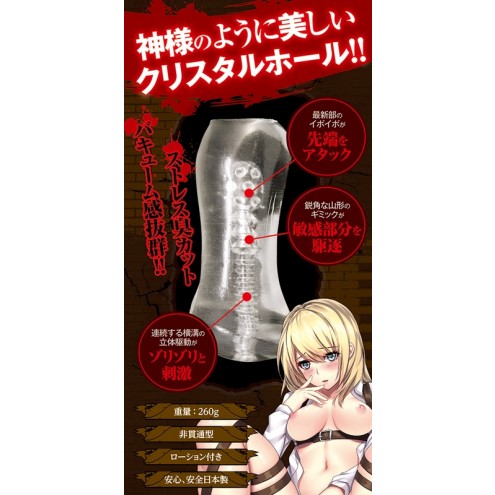 Please, log in or register to write a Review.
by Tristan October 17, 2017
The beginning of the end for TamaToys

When TamaToys goes and takes the onaholes you like off the market, it's time to try out something new. Except the new holes are not as good as the ones you liked.

I've written a review about the Erokatsu and why I liked it. Summer of 2017, I realized otonajp had run out of that specific hole, as TamaToys had stopped producing it. So I thought to myself "why not try something new". And that's when this hole caught my eye. Krista Lenz/Historia Reiss (depending on how far you are with the Attack on Titan/Shingeki no Kyojin series). The cute one. Out of all the female characters from the series, Krista/Historia is one of two-three characters I would like to fuck. Mikasa being the other one. And Petra being the third (though, spoiler! she's dead. so that would be weird....)
So I go and order this hole, together with a bunch of other items.

Onto the actual item:
It's shaped like an average onahole. Like TamaToys just went with some basic designs. Except this one wasn't colored. This one was transparent. Meaning you could see the inside of the hole, including your own cock were you to stick it in.
The entrance hole was surprisingly tight. Hard to get into the hole.
The inside was just as tight, always trying to push me out. Which was actually pretty nice. Not many holes I used did that.
Cleaning was surprisingly easy, especially since you can see the inside of the hole. This way you are able to see if there's any...jizz left inside the hole.

Overall: the tightness was nice, but it loses most points due to being a little too basic.